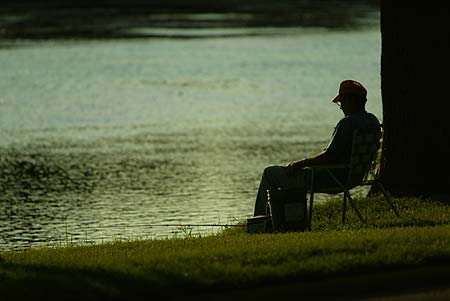 From 2003 to 2004, the new George H. and Lura Lynn Ryan Family Aquatic Center were built south of River Road Park near the Kankakee River and plans are being formed to construct an Ice Arena and Fitness Center near the boundaries of Kankakee Community College's property in the near future. These two improvement projects prompted an effort by officials at the College to reopen the discussion about the need for a trail along the river in that area to transport children from the City's residential neighborhoods to the Park district's new attractions some 2 miles away. Without an adequate trail children wishing to use these facilities would have to travel down dangerous and narrow highways. These highways are heavily traveled by automobiles and large trucks and have speed limits up to 45 miles per hour. It was felt that a safer alternative could be found. Phase I of the Riverfront Trail focuses on alleviating these problems

During the discussions about the trail for the Aquatic Center, it was suggested that a study be conducted to link this trail to the existing trail system in the Kankakee River State Park located in rural Bourbonnais Township.

A document describing the proposed trail was created by the Kankakee County Regional Planning Department in March of 2004. View the Riverfront Trail Initiative (PDF).